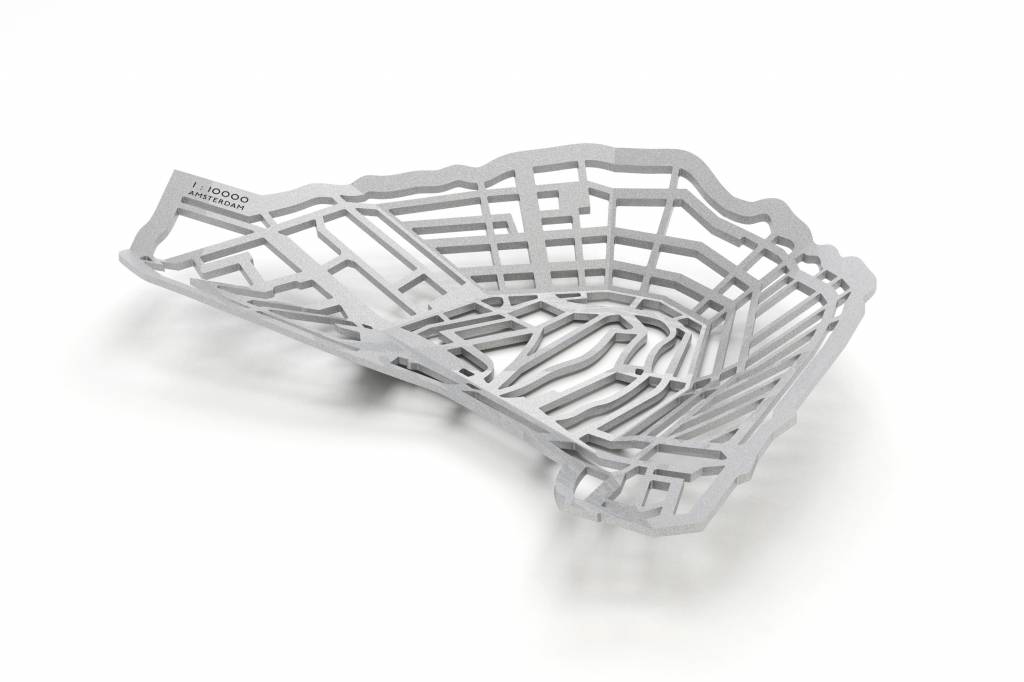 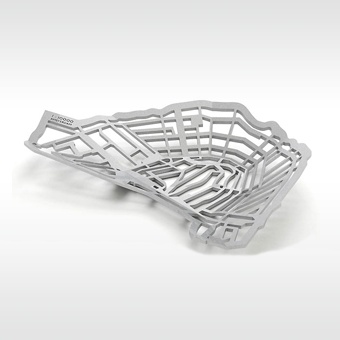 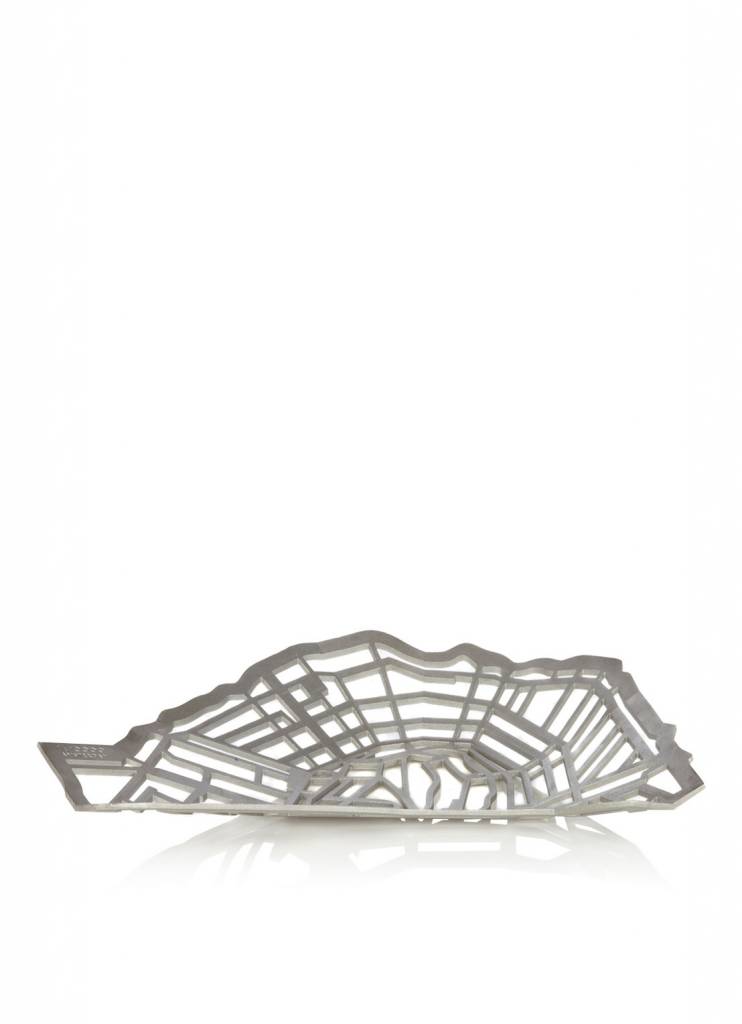 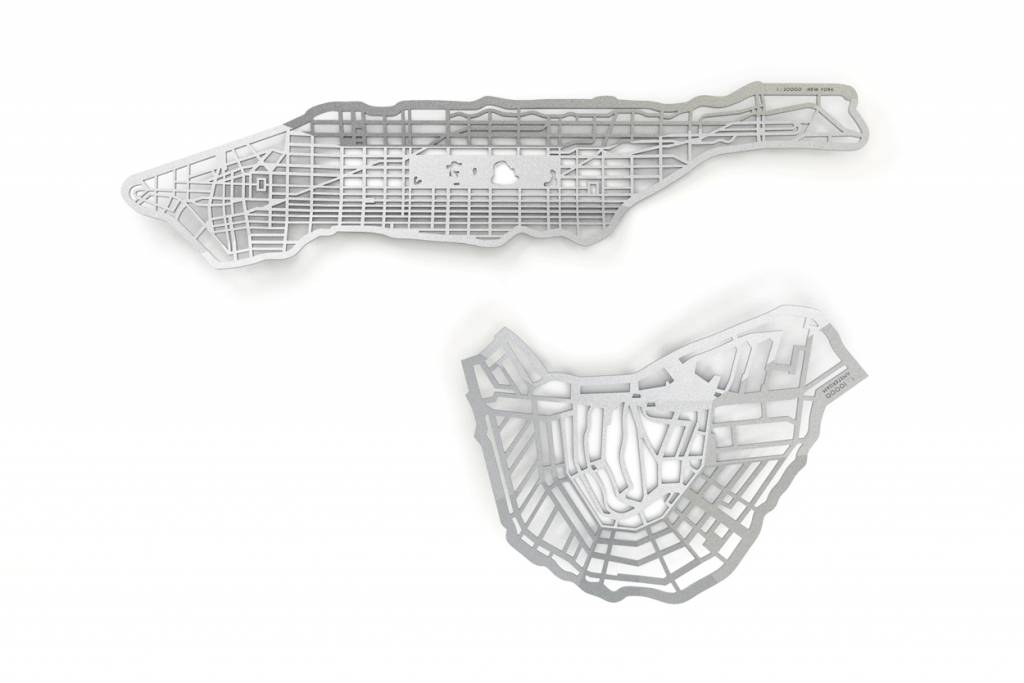 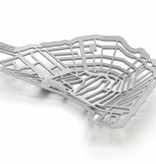 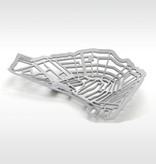 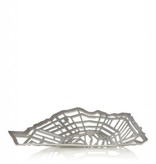 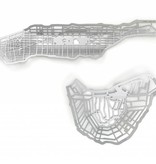 The characteristic shape of Amsterdam's city center as a poured and matt-finished aluminium bowl. The canal ring shown at a scale of 1:10.000. That's the Metrobowl from Frederik Roijé, who describes it himself as :  “A design from the city I love”. In the same series of bowls: Manhattan  -  New York..

A stunning aluminium bowl formed from the characteristic layout of Amsterdam's city center and canal ring. This fruit bowl designed by Frederik Roijé in 2010 is to scale. And to a scale of 1:10000, so that one centimeter of bowl represents 100 meters of Amsterdam.  The bowl is made of poured aluminium that is given a light matt finish once it has hardened. The Metrobowls are made and finished in Holland.

The Metrobowl is an attractive piece, but also has a practical use as a fruit bowl.

World cities are a rich source of inspiration for designers. Characteristic street maps form the basis for Frederik Roijé's Metrobowls.

Product specifications:
Add your review
0 stars based on 0 reviews
Add to wishlist / Add to comparison / Print 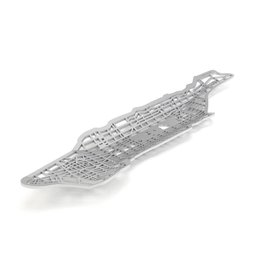 The characteristic shape of Manhattan's city center as a poured and matt-finished aluminium bowl. Manhattan at a scale of 1:10.000. That's the Metrobowl from Frederik Roijé, who describes it himself as : “A design from the city I love”. In the sam...
ROIJE | METROBOWL NEW YORK €290,00 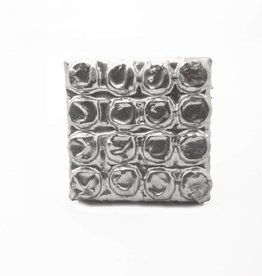 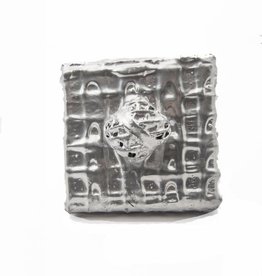 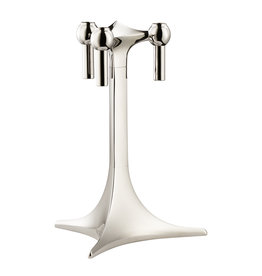 Nagel NEW CANDLEHOLDER
This candlestick is put back into production in the nineties. Beautiful shape, inspired by the molecular structures. Originally designed by Cesar Stoffi Nagel for West Germany in the 60s. The Atomic candlesticks hold thin can....
Nagel Base Candleholder €149,00 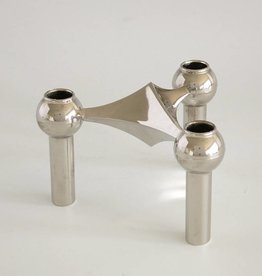 Architectural stackable candleholders from the 60s designed by Ceasar Stoffi for Nagel West Germany. The elements look like molecular and atomic structures. These candleholders hold thin candles and these can be ordered by us per box (24 pieces for €...
Nagel, Candleholders €30,00