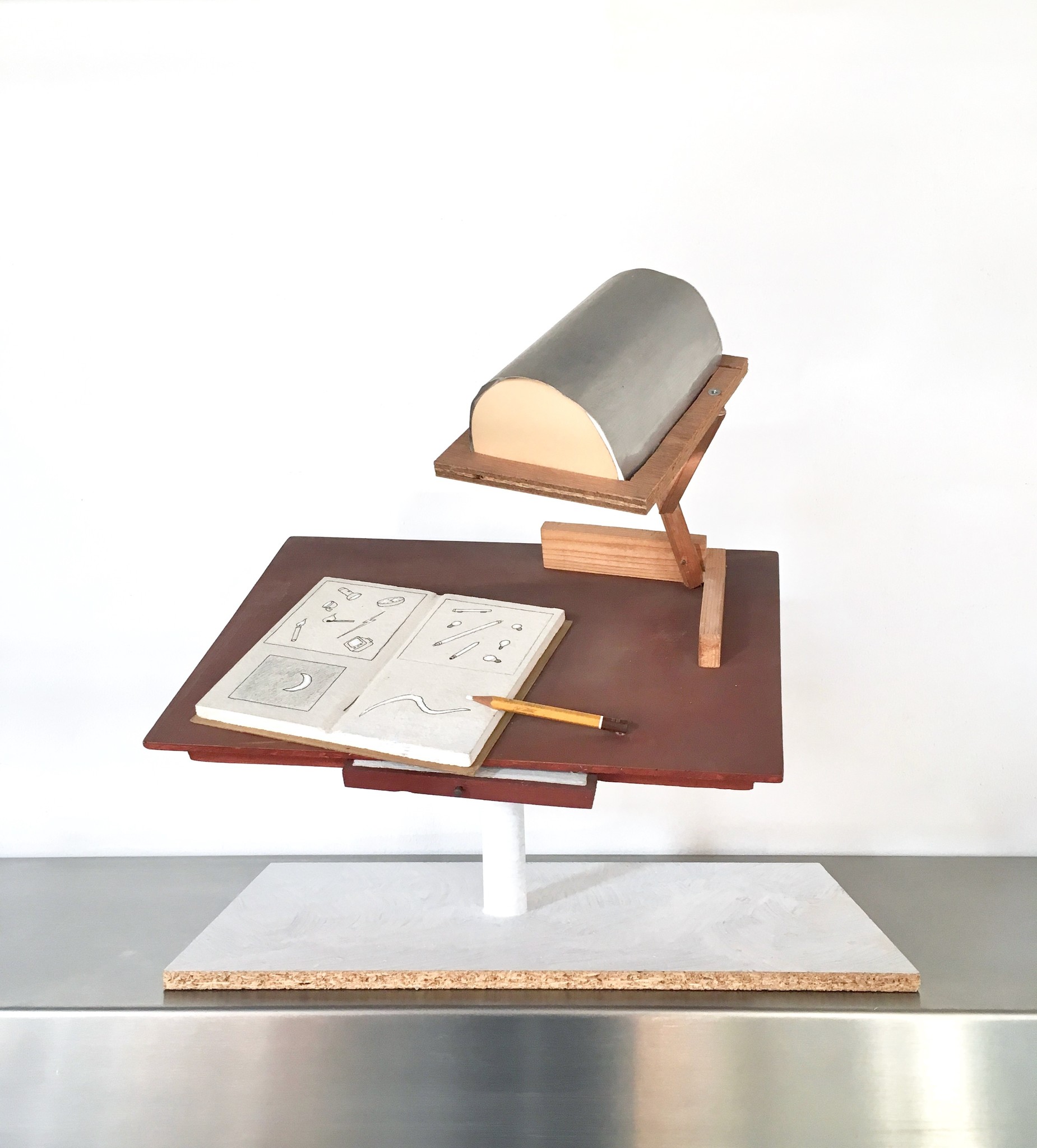 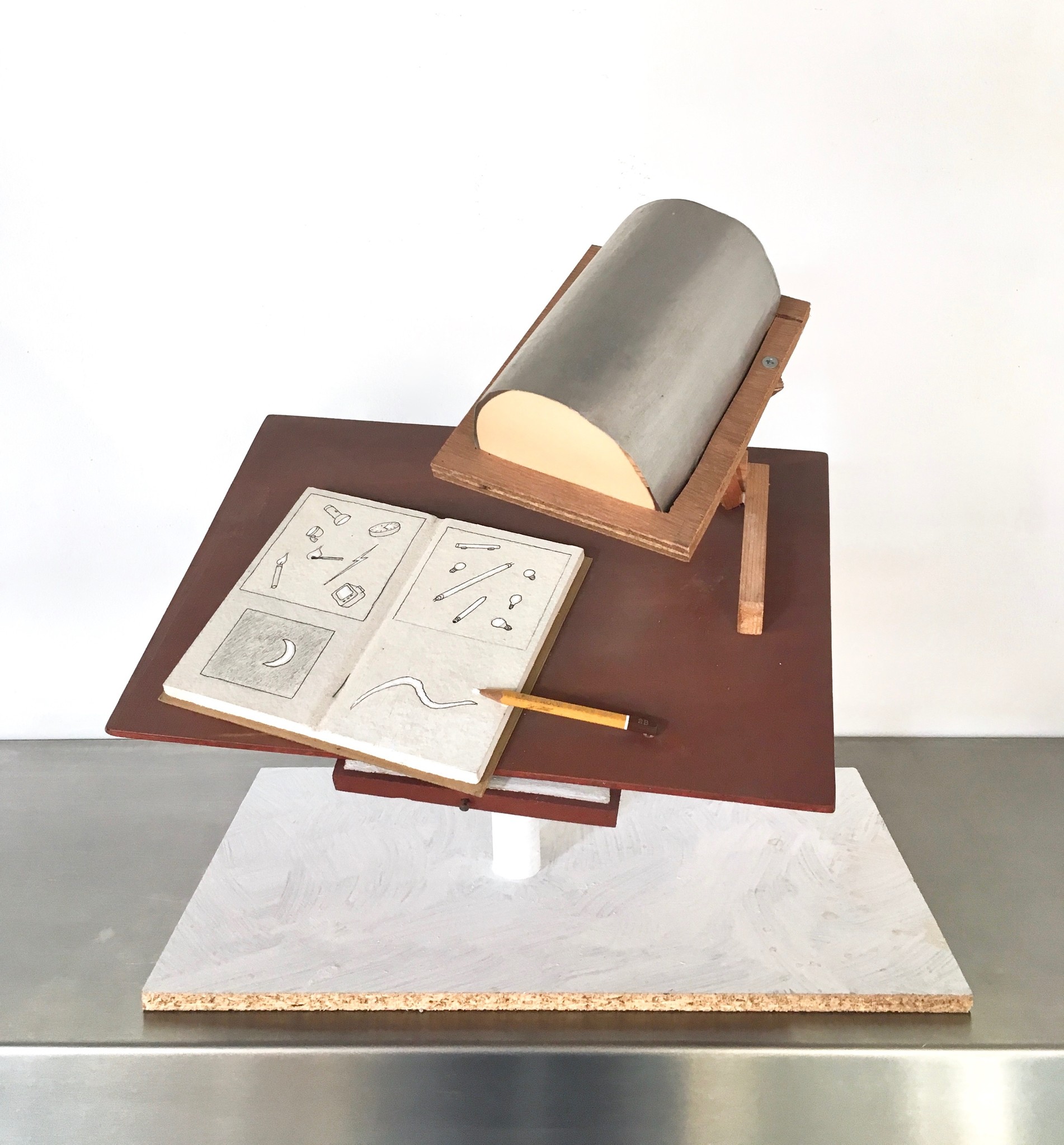 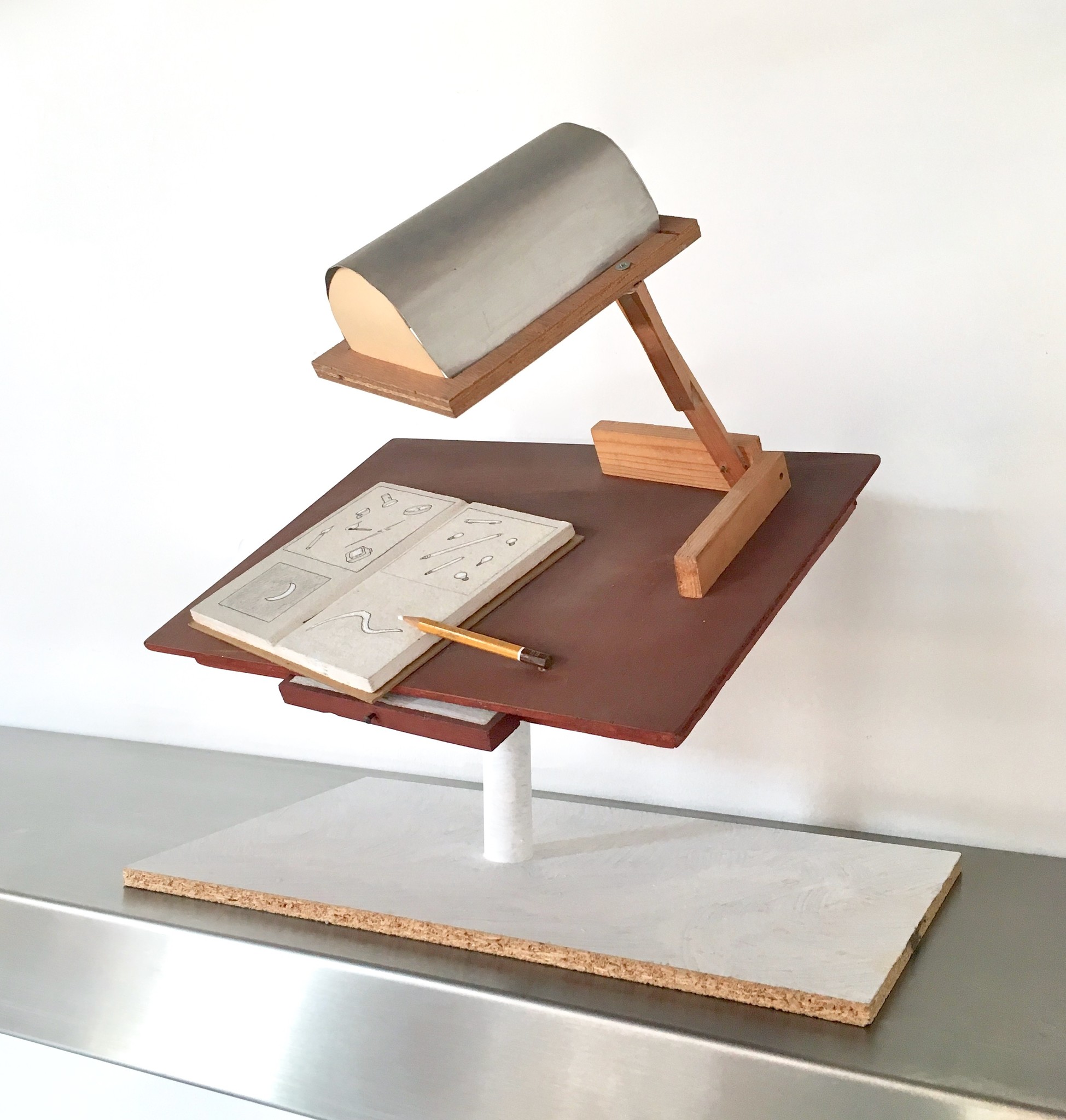 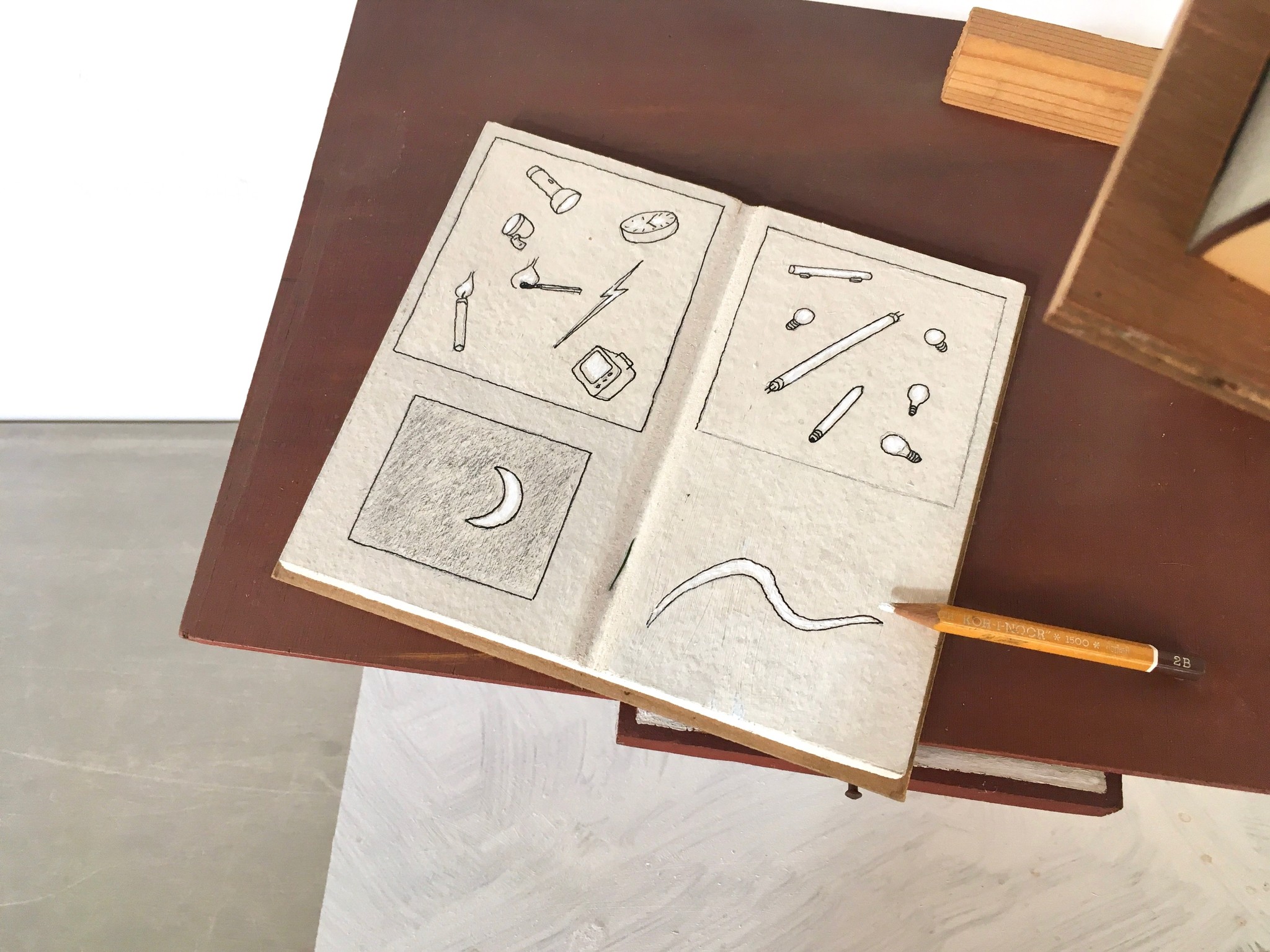 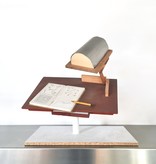 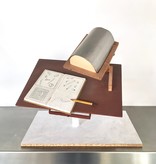 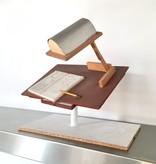 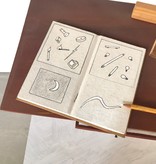 Henneman made a large version of this drafting table for the Leidsebosje in Amsterdam. This artwork was the cause for a meeting between Henneman and Harry Mulisch, which would grow into a long friendship:

'The writer and the artist became friends in 1976. Henneman was commissioned by the Gemeentelijk Energie Bedrijf Amsterdam to create a work of art for public space. It was called 'Tekentafel'. A sloping wooden table top several meters wide and one and a half meters deep on a pole, with a sketchbook, a huge pencil and a lamp on the table top, the shape of which resembles an American mailbox. The lamp gave light and burned day and night. The artwork was placed in the Leidsebosje. When Mulisch looked out the window at the front of his house in the evening, it lit up.

Late one evening Henneman was busy repairing the lamp. It had burst and had to be replaced. He was tapped on the shoulder in the dark. "What are we doing here?"

They started talking, and Mulisch asked Henneman to come and drink a glass of wine at his home. That's how it started. Mulisch soon asked him to join the Herenclub. "I also came to eat a lot with Harry, Sjoerdje and their two young daughters Anna and Frieda. I was allowed to be part of the family."'

Jeroen Henneman is a famous Dutch Artist and well known for his sculptures, paintings and drawings. Henneman grew up in Haarlem and studied from 1959 to 1961 at the Institute of Applied Arts in Amsterdam. After he traveled for a long time in Belgium, France , Switzerland and the United States. The artist lives and works in Amsterdam. He calls these sculptures 'Standing Drawings'. One of the most famous works of Henneman is the monument from 2006 for Theo van Gogh, the 'Cry' the memorial, was unveiled in 2007 at the Oosterpark in Amsterdam. Another famous work is a portrait of Queen Beatrix. 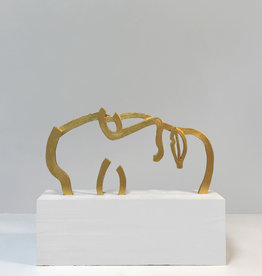 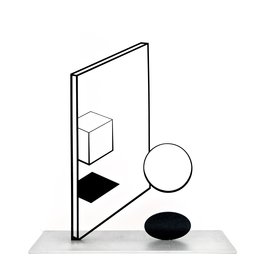 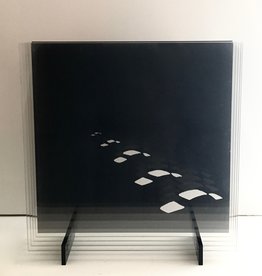 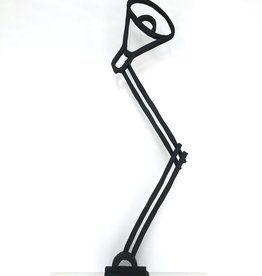 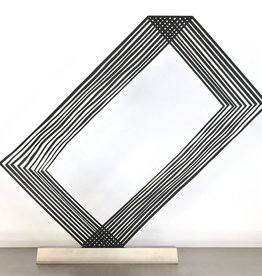 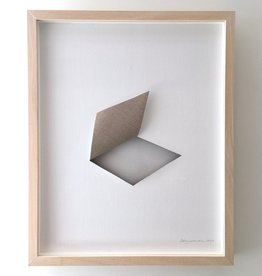 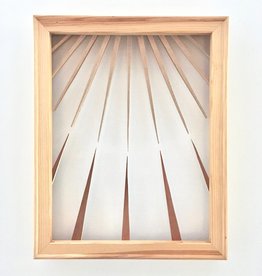 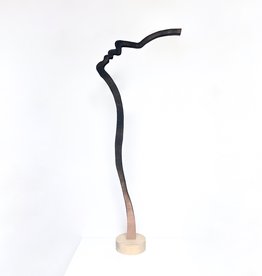