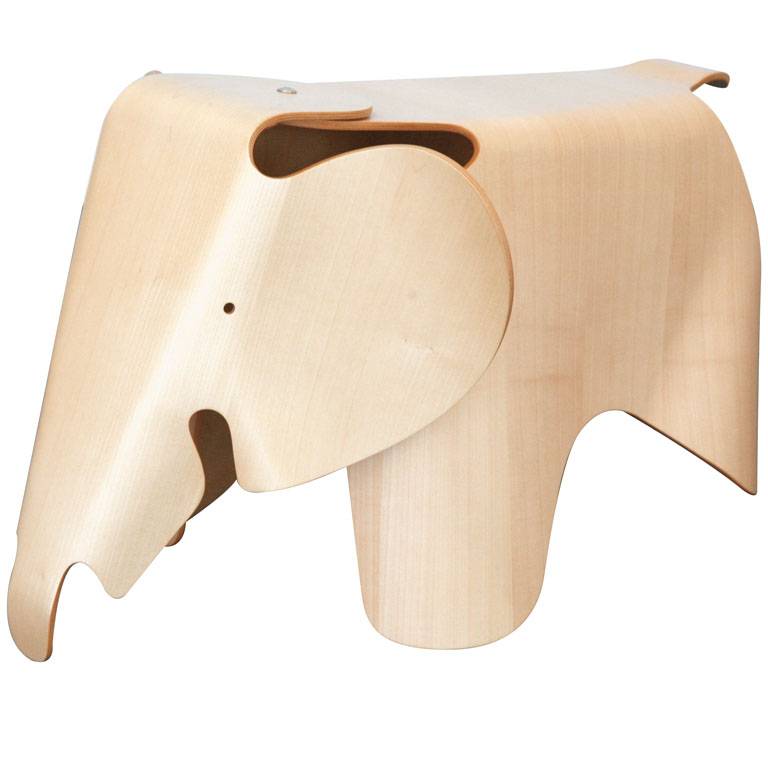 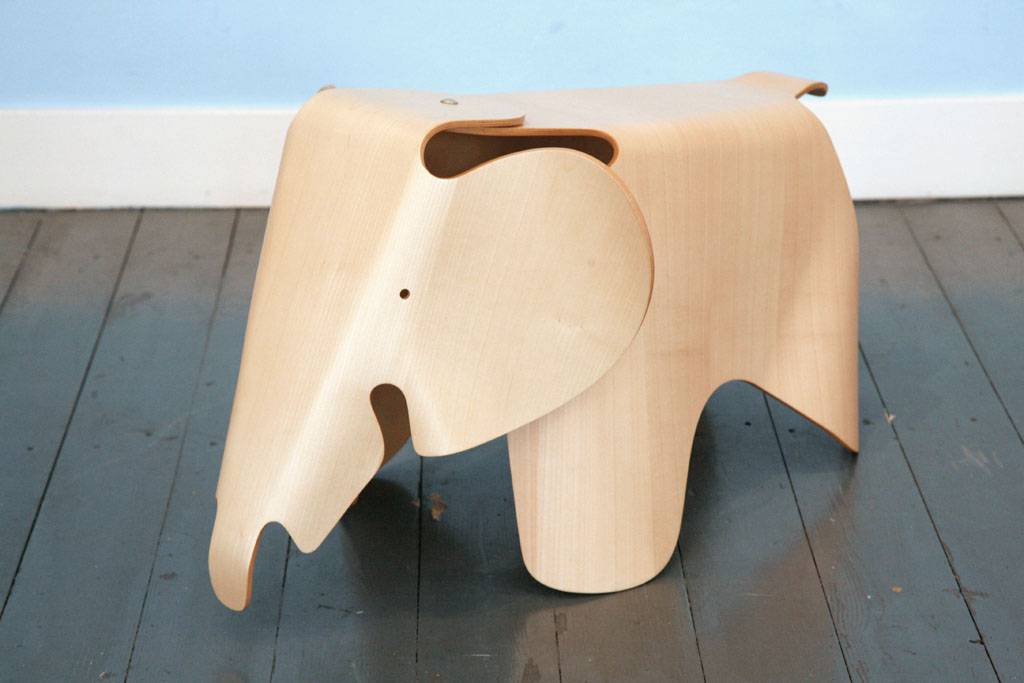 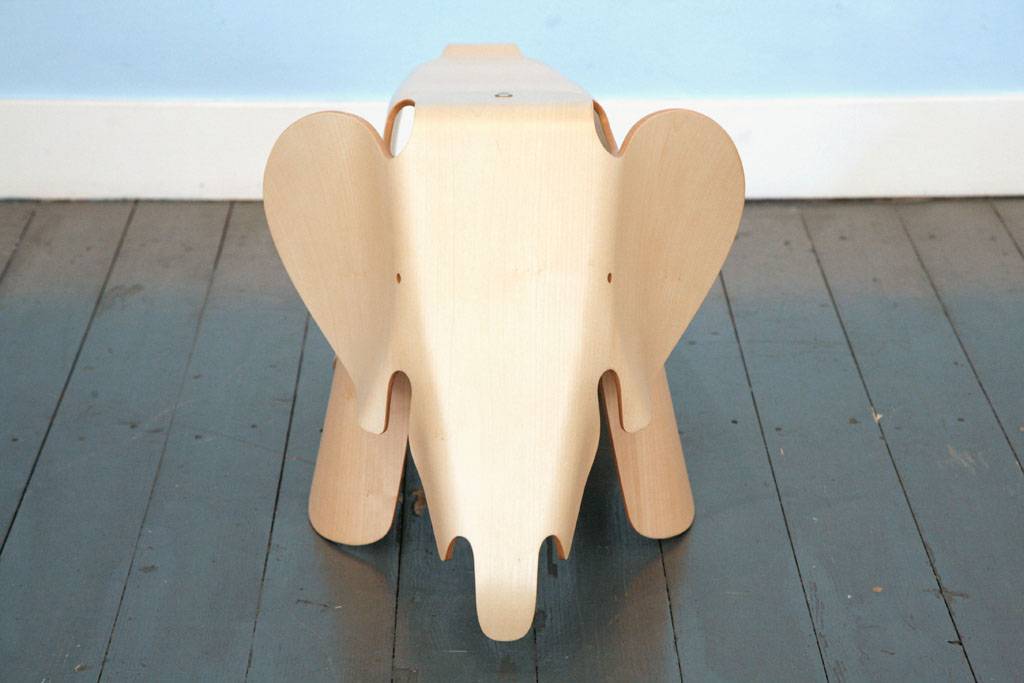 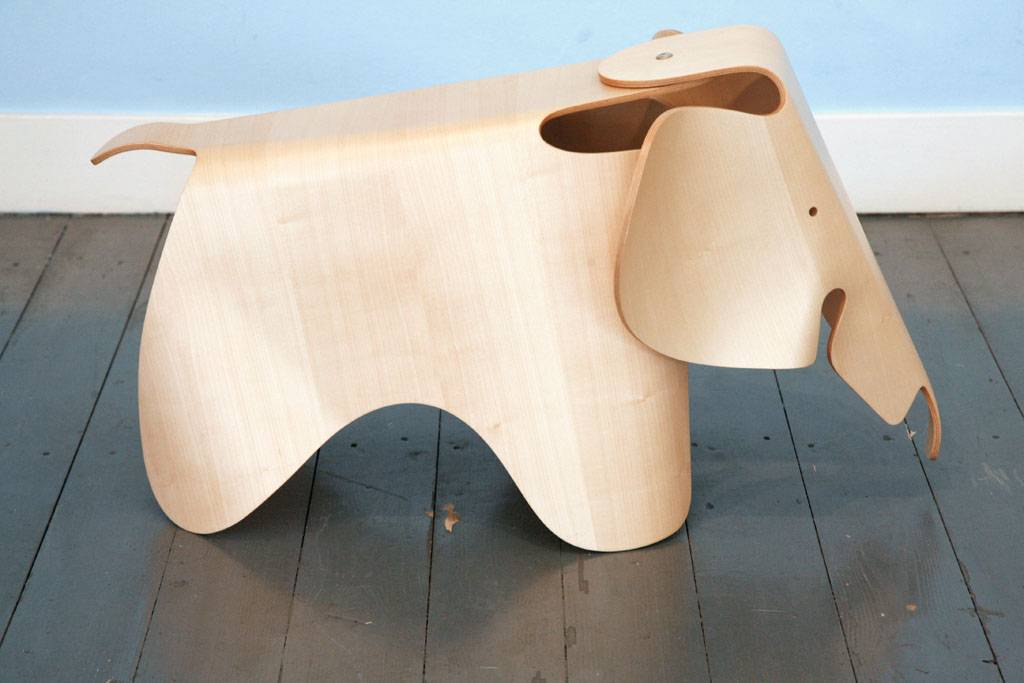 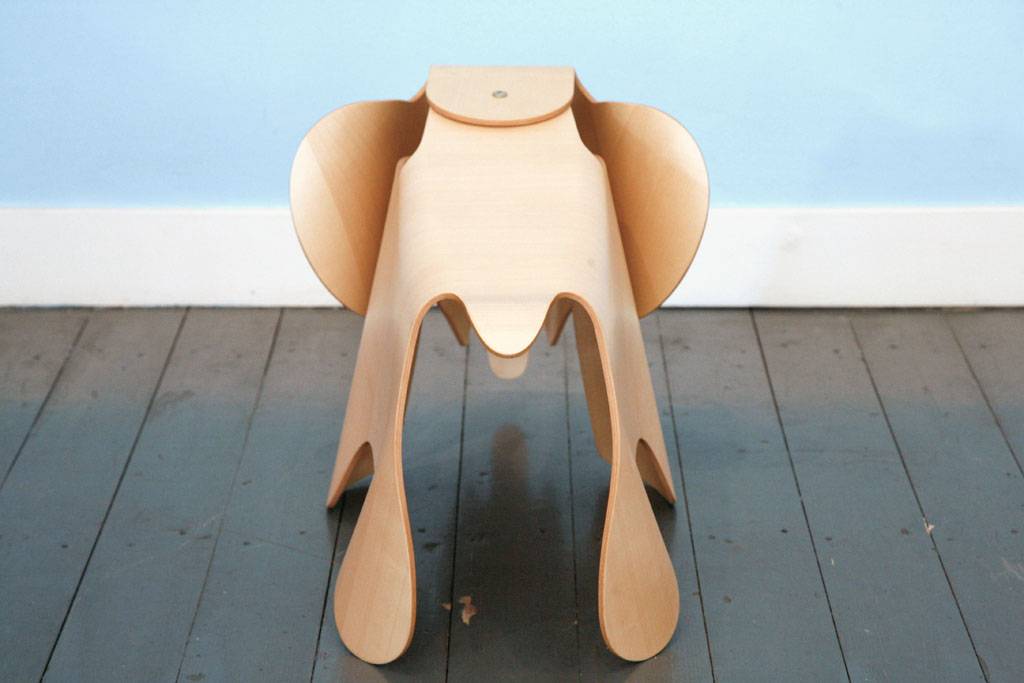 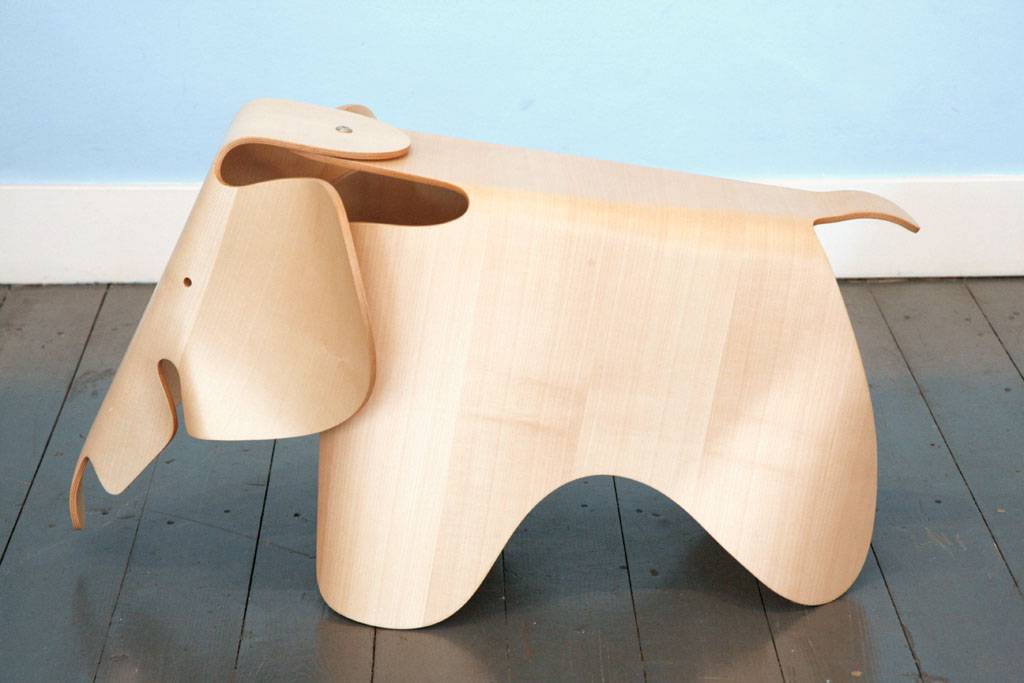 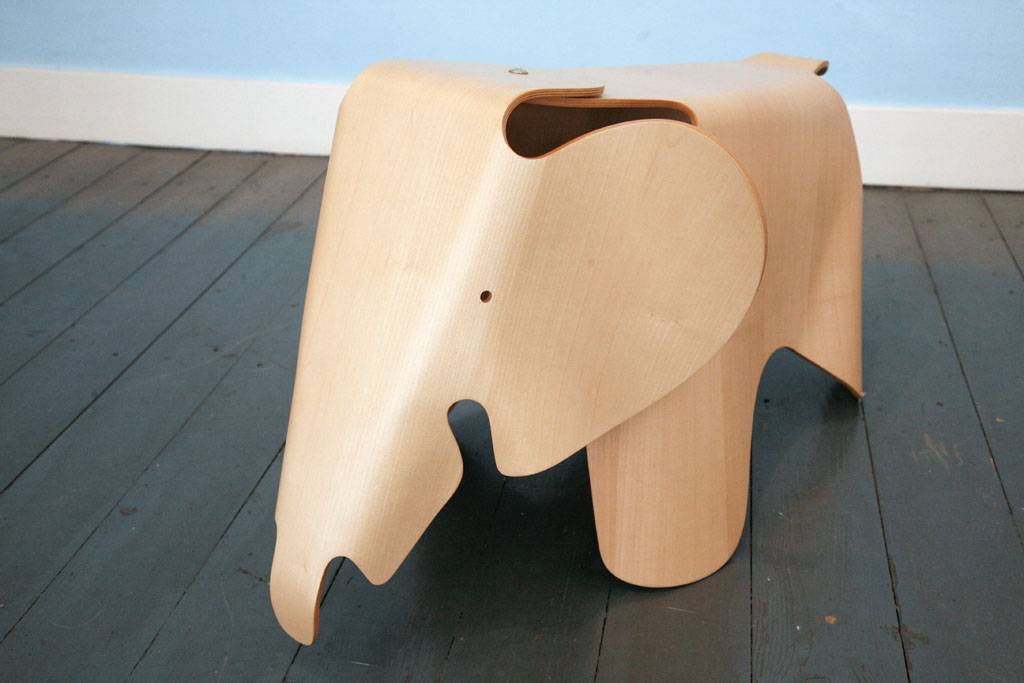 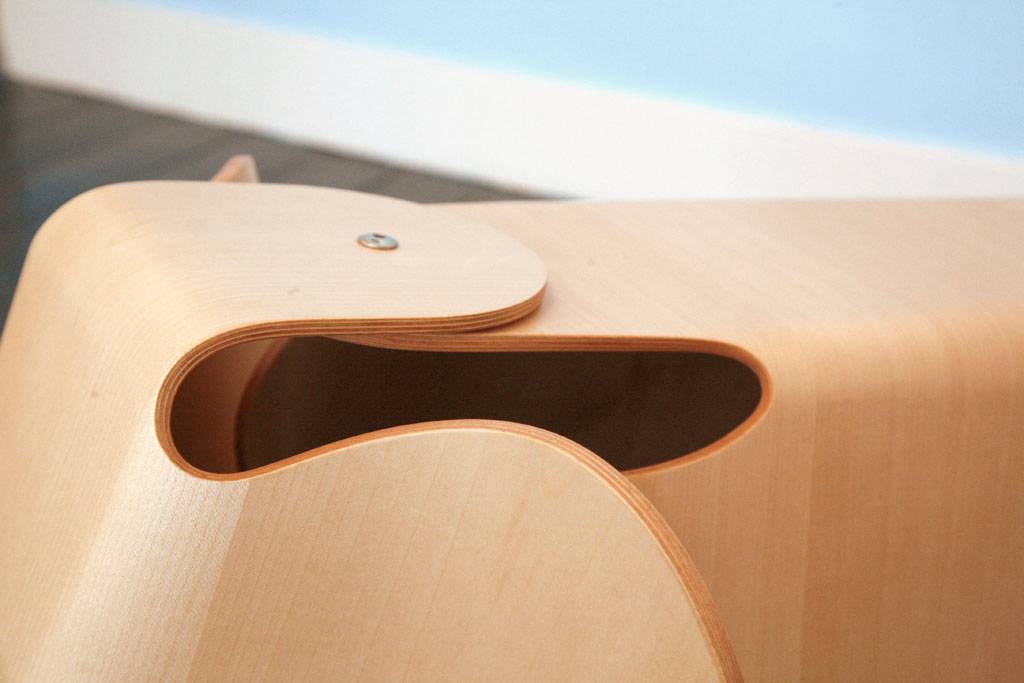 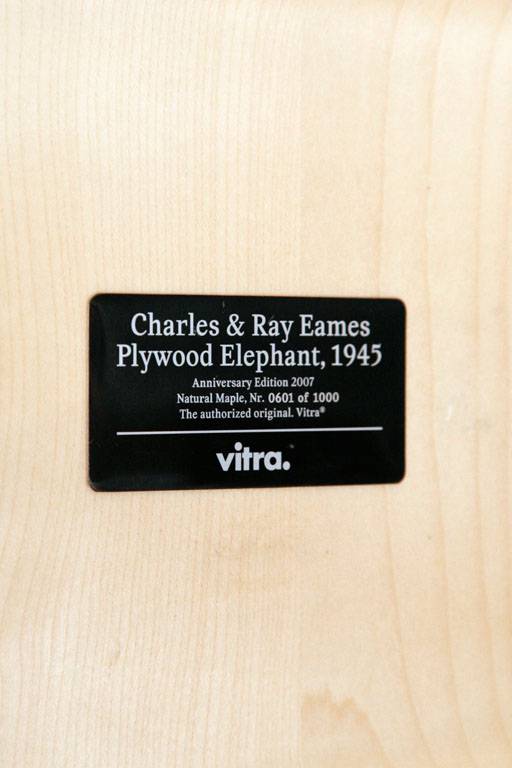 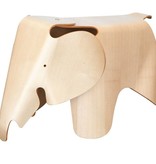 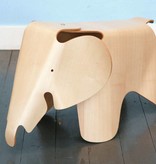 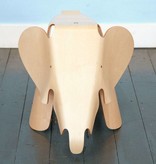 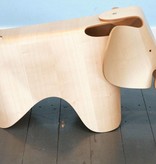 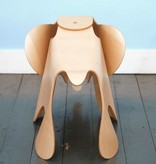 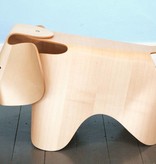 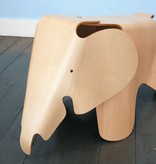 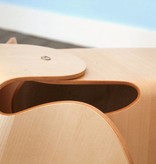 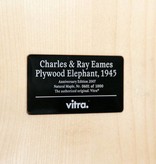 Edition of celebration by VITRA of hundred's birthday of Charles Eames in 2007. Limited edition of 1000 numbered pieces in maple. The total edition was sold out by VITRA within 3 month! WonderWood sold most Elephants from this special edition in whole Europe.

Each of the two thousand limited edition Vitra Elephants were numbered. We are proud to offer you one of the last pluywood piece in red. A true collectors item!

The Molded Plywood Elephant represents one of the earliest examples in which this majestic animal appears in Charles and Ray’s work. They designed it in the early 1940s as a playful offshoot of their molded plywood experiments.

The elephant was part of a larger grouping of animals (including frogs, seals, horses, and bears) that the Eameses made as toys or furniture for children. They made two prototypes of the elephant, but it required complex fabrication methods and was never commercially produced.

In 2007, Vitra launched a limited edition of the Plywood Elephant in honor of Charles’s 100th birthday. The company made 1,000 in natural maple, and 1,000 in red-stained maple, and worked closely with Eames Office to reproduce the 1945 design with precision and care. The public responded enthusiastically. The Eames Elephant is now available in plastic by Vitra for those it was originally intended for: children. 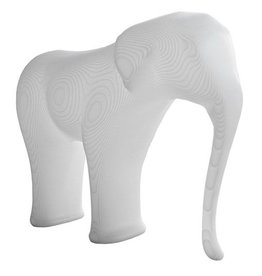 Low Res Elephant by Richard Hutten for Gispen is a stool and lamp in one. The light of the elephant provides in the evening an extra dimension to your living room. A wonderful thing about this elephant is that it makes children and adults both happy....
HUTTEN ELEPHANT LAMP
Sold 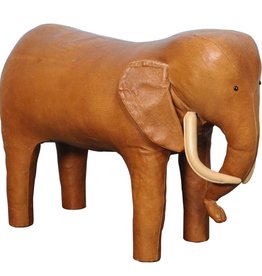 Vintage Leather Elephant Ottoman. A very cool and rare circa 1960 leather elephant footstool. From the 1920ies until today, these handmade leather animals appeared in a variety of sizes and figures, such as pigs, rhino’s and elephants. This beautiful...
Omersa Leather Elephant Footstool
Sold 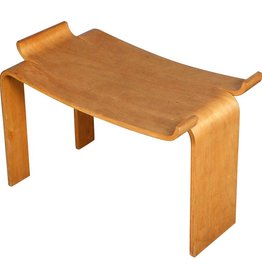 Stool/ sidetable designed in 1963 in birch. Only limited produced since it was designed for the National Museum in Stockholm. The stool has an original black leather cushion. ( no picture). The stool is marked and has been produced by Ströms Möbler
Kai-Larsen Museum Stool
Sold 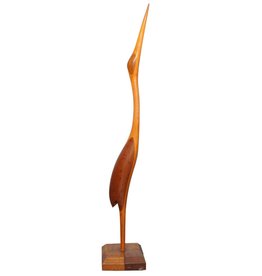 A wooden vintage bird with almost abstract shapes and lines, serves as a decorative object in a space or living room. The combination of different types of surfaced wood makes it a particularly rare wooden object. Probably made in the fifties.
Vintage Wooden Bird
Sold 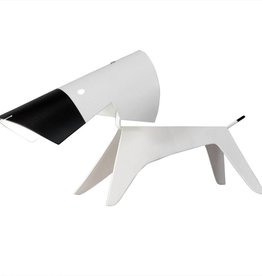 Original dog lamp by Boris Lacroix for Disderot, France 1950’s. Made out of folded metal. The simple design is what makes the lamp so catchy and adorable. In a perfect condition.
DISDEROT DOG LAMP